My buddy, who use to drive for my agency sent me this image 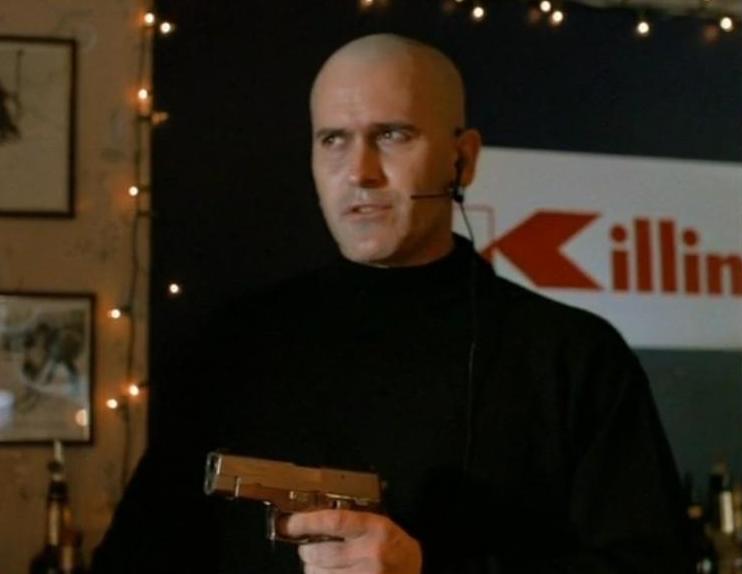 Whoa there was a movie based on Killington ski resort? Yup, starring Bruce Campbell?
https://youtu.be/vS70dfwUX2k

From IMDB: At the the Killington ski resort something has gone awry. Evil terrorists led by the sinister Greig have taken the resort hostage with a stolen nuclear device. It’s up to Ski Patrol bum Matt Foster to save the day… and his fiancé.
From a Villains Wiki, Bruce Campbell’s character Carl Greig: https://villains.fandom.com/wiki/Carl_Greig

Greig is a ruthless American terrorist. When he is introduced, he is dying of an unspecified illness, and doesn’t have very long to live. He is planning on using a nuclear weapon against an undisclosed target to celebrate his birthday, but complications arise when the pilot hired to transport the weapon develops a conscience and attempts to deliberately crash the aircraft into a mountain near the Killington Ski Resort. However, one of Greig’s henchmen, Timmy, is aboard and he kills the pilot, and manages to crashland the plane. Escaping back to New York City, he informs Greig of what happened, whereupon Greig kills him by throwing him out of his helicopter from several feet up.

Along with his right-hand man Frantz, Greig travels to the ski resort along with a contingent of mercenaries led by Sondra in order to recover the weapon from the crashed plane. FBI agent Will Langley, Greig’s longtime archenemy, is hot on their trail, but the terrorists manage to briefly escape from the authorities by having two of their number drive away in Greig’s Range Rove. Langley and his men, thinking Greig is in the car, give chase, allowing Greig, Frantz, Sondra and the others to escape and make it to Killington.

So here’s the best part, you can watch it free with Amazon Prime